bp9 loses power for nearly two days due to hurricane Zeta. Not fun. Also not much progress on projects, but does show off a new 7-inch screen for CP/M on Model 100. Solbu arrives late but in enough time to reminisce about Gary Kildall, CP/M and what really happened when IBM came a-calling. We get two versions, one from TWIT.TV and one from Computer Chronicles. We discuss internet connections, road trains and big rigs. bp9 is joined by Peter, Doug and Solbu.

bp9
- Fixed his audio issues by switching to his old phone! :-)
- Lost power for nearly two days due to Hurricane Zeta at end of October
- Lost all food in freezer, not so bad so I let one freezer go ahead and defrost
- Pine phone: not much progress. Still cannot connect to CardDAV and CalDAV
- encrypted client/server: No progress, even though I'm doing exactly what THEIR test code does.
- USB-C to Ethernet converter does not work on Pinephone.
- May have to do SSH over WiFi to pinephone.
- State-based Telecom providers who own the copper wires hold the monopoly on providing service.
- NBN in Australia: Government provided National Broadband Network
- Continent of Australia is similar in size to Contiguous USA, but population (22 Million?) is about that of New York!
- Trucks in Australia are called Road Trains: 3-4 trailers behind one tractor. Huge weight, that's why it takes so long for them to stop.
- NFC: Near Field Communications - How to configure phone?
- CP/M on Model 100: 7-inch VGA screen, driven by the MVT100.
- Does not look like it will be a good portable solution.
- Stewart Cheifet, Computer Chronicles
- CP/M : Single user
- MP/M : Multi user
- Neither CP/M or MP/M does directories, only USER areas 0-15
- CP/M on M-100 has 4Mb disk, but directory space is too small: Running out of directory entries before I run out of space on the disk!
- You can use BCR port to bit-bang a serial connection.
- Can use an SD-Card reader called a NADSBox (New Age Disk Storage Box) to act like a disk drive.

Peter
- Peter has fixed his audio issues by replacing his headset
- Only two wires in adapter are used for signal. Maybe the wrong wires are used?
- Australian Truckers delivering supplies to remote settlements. How do they get internet? Satellite?
- Shows off his device that measures WiFi signal strength
- His unit is a kit that anyone can buy and build, see youtube video for details
- Peter posts his very first youtube video: https://www.youtube.com/watch?v=ZwiEzjar798
- Peter has found a friendly ham to help fix his antenna, he should be back on air soon.

Doug
- Tractor-trailer "Big rig" can pull two trailers max.
- Use Tasker to configure the phone, using GPS or time to switch on and off bluetooth, WiFi, etc.
- Disclaims any programming or hardware knowledge, so isn't sure if he has any input, but he does! We value all input!
- Doug is back to work. yay!

Solbu
- Is fashionably late
- In Norway, similar broadband as Australia, except separate contractor owns physical wires.
- Norway government still dictates reasonable access rates to infrastructure.
- Notes that Australian Truck drivers in the outback have right of way because it takes two kilometers for them to stop!
- One tractor and trailer is a "road train" in Norway
- TV Show "Rescue 911" where trucker was pulling 4 trailers: slightly illegal in USA.
- Solbu saw a video about Andy Rooney on "60 Minutes" in the 90s who had a portable computer, the laptop, along with a huge bag of parts that he had to carry with it in order to make it all work :-)
- Early versions of MS-DOS did not support directories either.
- Gary Kildall episode on twit.tv Triangulation with guest Stewart Cheifet https://www.youtube.com/watch?v=WdtHS_X1ibg -- Gary Kildall was flying with his wife when IBM came calling?
- Gary Kildall episode on Computer Chronicles with Stewart Cheifet https://www.youtube.com/watch?v=Tdj8gh9GPc4 -- Gary Kildall was flying to another business meeting when IBM came calling? 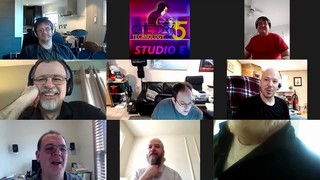 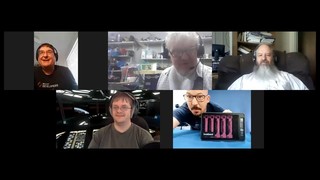 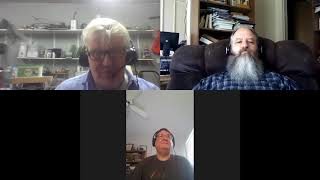 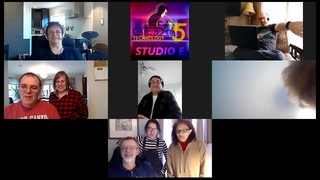