Here are the stories we're following for the week of Tuesday March 1, 2016

The Raspberry Pi is officially the UK's best-selling computer.

The Raspberry Pi is officially the UK's best-selling computer.

With more than 8 MILLION units being sold in just four years, the Raspberry Pi micro computer is officially the UK's best-selling computer.

The Raspberry Pi isn't much to look at. It consists of a credit-card sized processing board that plugs into a computer monitor or TV.

However, its humble design hasn't stopped it becoming the best-selling computer in the UK, just four years since it launched.

The Cambridge-based firm has announced it has sold 8 million units since 2012.

It beats the previous record, held by Amstrad PCW which is said to have sold a total of eight million units from its release date in 1985 to when it was discontinued in 2008.

To celebrate it has unveiled the immediate availability of its latest version of its simple computer, the Raspberry Pi 3.

It has a 1.2GHz 64-bit quad-core ARM Cortex-A53 CPU, said to be 10 times as powerful as the original Raspberry Pi 1. It also has Wi-Fi and Bluetooth.

The Internet is abuzz with a new Google-for-kids search engine. We'll tell you why you might think twice about using it.

The Internet is abuzz with a new Google-for-kids search engine. We'll tell you why you might think twice about using it.

But the new tool appears to have caused some confusion and concerns among users.

A number of news outlets have reported the search engine site is an official Google spin-off looking to cater to young internet users.

Parents have also welcomed the creation of the search engine under the impression this is 'Google for kids'. One we've seen being shared on Facebook and Twitter says "Google's New Search Engine For Kids Means No More Finding Twerking Videos By Mistake"

It uses a Google Custom Search bar embedded within the website which serves Google's Safe Search results, and lines the web site owner's pockets as they generate revenue from the ads displayed.

A number of users have reported their discoveries while using the site. One Twitter user posted a screenshot of a simple search for "rabbit" where the second result is a vile news story involving a cruelty act toward a rabbit.

Anyone who is setup with Google's AdSense program can create a Kiddle-like search page and generate revenue. What's important to note in this case is that while they don't directly make the claim, Kiddle does indeed present itself as a Google-for-kids, complete with the familiar Google logo colors.

This deceptive strategy is why we can't recommend Kiddle.

Stick with Google Safe Search, or perhaps consider using a parental filter at the DNS level such as OpenDNS. But the best protection for your kids is to educate them about safe Internet usage.

The Linux Mint attack is worse than originally expected, with forum user information being stolen and sold online.

The Linux Mint attack is worse than originally expected, with forum user information being stolen and sold online.

After last week's news regarding the malicious ISOs, the Linux Mint team took to their blog again to notify users that the forums had been compromised too. Data leaked in that attack includes: avatars, dates of birth, email addresses, geographic location, IP addresses, passwords (encrypted, but potentially crackable via brute-force attacks), time zones, website activity. Unfortunately, these details have appeared online for sale.

Sent to us by: sr_wences

The executive director of the Wikimedia Foundation has resigned after denying the group is considering building a search engine.

The executive director of the Wikimedia Foundation has resigned after denying the group is considering building a search engine.

The executive director of the Wikimedia Foundation, which runs Wikipedia, has resigned after denying the group is considering building a search engine.

Lila Tretikov wrote in an email that it was time for her to move on.

A leaked memo suggesting the Foundation was looking at creating a "commerce-free" search engine had upset the volunteer Wikimedia community.

Many were angry that it had not been discussed first, as transparency is key to the ethos of the organisation.

In September 2015, Wikimedia was awarded a $250,000 grant from a trust called the Knight Foundation for work to "advance new models for finding information by supporting stage one development of the Knowledge Engine by Wikipedia, a system for discovering reliable and trustworthy public information on the internet."

The project summary at the end of the document - although its author is unclear - states that the Knowledge Engine would be "the world's first transparent search engine, and the first one originated by the Wikimedia Foundation".

Wikimedia denies that a search engine is the intended outcome.

Microsoft plans to ship their augmented reality device later this month. We've got all the details for you.

They say they'll start shipping a developer version of HoloLens on March 30.

That's around the same time Facebook's Oculus will begin shipping the consumer version of its Rift virtual-reality headset.

HoloLens differs however in that it makes the viewer see three-dimensional objects in the real world, rather than blocking out the real and replacing it with a 360-degree fictional universe.

The HoloLens operates on Windows 10 and unlike the Rift, requires no tethering to a separate computer.

It'll use a custom-built chip designed on an Intel platform. It'll let users record high-definition video that recreates a mix of holographs overlaid on the real world that can be shared with people without the device. 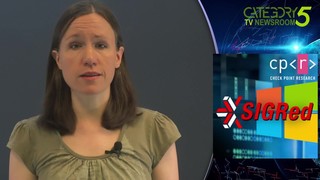 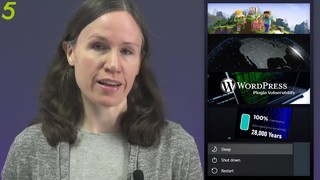 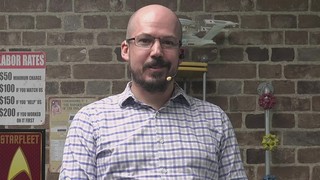