Here are the stories we're following for the week of Wednesday February 12, 2020

Microsoft no longer sees PlayStation-maker Sony and Nintendo as the biggest competition for its Xbox platform, and you won't believe who they see as the biggest threat.

Microsoft no longer sees PlayStation-maker Sony and Nintendo as the biggest competition for its Xbox platform.

Phil Spencer, Microsoft's head of gaming, said he now considered Amazon and Google as his top rivals because of their cloud-computing infrastructure. He believes their traditional rivals Nintendo and Sony are out of step with the future of gaming.

He said, "When you talk about Nintendo and Sony, we have a tonne of respect for them, but we see Amazon and Google as the main competitors going forward. That's not to disrespect Nintendo and Sony but the traditional gaming companies are somewhat out of position."

Instead, the games are run on servers in huge data centres with the footage streamed over the internet to a TV, computer, smartphone or tablet.

It means players don't need to buy discs or download games and software updates, which can take a long time.

Google entered the home-gaming market in 2019, with its Stadia streaming service.

The company's vast cloud-computing business means it has the necessary infrastructure in place but critics say the line-up of games on Stadia is currently sparse.

However, Amazon also operates an enormous cloud-computing business and is rumoured to be developing a games service.

Sony has offered its PlayStation Now cloud-gaming service since 2014, letting gamers stream more than 700 titles to a PS4 console or PC. However, it currently streams games in 720p resolution. By contrast, Google's Stadia can stream its games at up to 4k resolution.

Nvidia has officially launched its GeForce Now streaming service after months of testing, and both Sony and Microsoft have already announced they are still working on new games consoles for the home.

An artist tricked Google into thinking there were major traffic jams by pulling a wagon filled with smartphones down empty streets.

Artist Simon Weckert noticed something unusual at a May Day demonstration in Berlin: Google Maps showed there was a massive traffic jam, even though there were zero cars on the road. Soon enough, Weckert realized that it was the mass of people, or more specifically their smartphones, that had inadvertently tricked Google into seeing gridlock on an empty street. And then he decided to do it himself.

Weckert says, "The question was if it might be possible to generate something like this in a much simpler way. I don’t need the people. I just need their smartphones.”

So he borrowed phones from friends and rental companies until he had acquired 99 devices, which he piled into a little red wagon.

The plan was simple. Over the course of a day, Weckert would walk up and down a given street, mostly at random, towing his smartphone-packed wagon behind him. The effect wasn’t instantaneous; it took Google Maps about an hour to catch up. But eventually, inevitably, Weckert says his wagon would create a long red line in the app, indicating that traffic had slowed to a crawl—even though there wasn’t any traffic at all. He had effectively tricked the system into thinking a series of large buses were crawling back and forth.

Google said in a statement, "Traffic data in Google Maps is refreshed continuously thanks to information from a variety of sources, including aggregated anonymized data from people who have location services turned on and contributions from the Google Maps community." They note that while it has figured out how to distinguish between cars and motorcycles, it does not yet have any way to filter for Weckert’s setup.

Weckert says, "What I’m really interested in generally is the connection between technology and society and the impact of technology, how it shapes us."

The hack is getting attention, not only because it's fun, but it also serves as a necessary reminder that the systems people take for granted involve inputs and outputs, and that they themselves are sometimes both. It shows how simple it is to fool a product in which people place tremendous amounts of trust.

Arm is getting "edgy" with two new processor designs which bring slimline AI workloads to smart speakers and other Internet-of-Things devices.

Arm has announced the Ethos-U55 and the Cortex-M55 for edge devices, bringing an AI neural-network accelerator to future smart speakers, light-bulbs, fridges, and other IoT devices.

The more powerful of the two, known as Cortex-M55, is a general microcontroller-grade CPU blueprint, while the other, named Ethos-U55, is essentially an AI accelerator.

The Cortex-M55 is based on Arm's Helium technology. The Ethos-U55, on the other hand, is a novel architecture for Arm and has been described as a micro Neural Processing Unit, or microNPU for short.

Both processors are available now to license, and are intended to be used together. The M55 running application code, the U55 doing all the neural-network mathematics in fast hardware.

The senior director of the IoT & Embedded team at Arm says, "The microNPU cannot be used on its own; it needs to be paired with a CPU like the Cortex-M55. Together, this system delivers 480 times the performance compared to previous Cortex-M generations working on their own."

We expect to see chips using these blueprints early next year.

In a tweet posted on February 7 at 3:50pm on the official @Facebook twitter feed, the attacker posted "Hi, we are OurMine. Well, even Facebook is hackable but at least their security better than Twitter." They then went on to advertise their services, saying to contact them in order to "improve your accounts security".

OurMine did not say how it got into the Social Network's Twitter account, but no self-respecting hacker group would be able to pass up the opportunity to blast Facebook's security practices.

Attackers behind one of the world’s more destructive pieces of ransomware have found a new way to defeat defenses that might otherwise prevent the attack from encrypting data: installing a buggy driver first and then hacking it to burrow deeper into the targeted computer.

The ransomware in this case is RobbinHood, known for taking down the city of Baltimore networks and systems in Greenville, North Carolina.

RobbinHood can easily encrypt sensitive files once a vulnerability has allowed the malware to gain a toehold. For networks that are better fortified, the ransomware has a harder time breaking in.

Now, RobbinHood has found a way to defeat those defenses. In two recent attacks, researchers from security firm Sophos said, the ransomware has used its access to a targeted machine to install a driver, from Taiwan-based motherboard manufacturer Gigabyte, that has a known vulnerability in it.

It's the same vulnerability that led to Gigabyte officials discontinuing the use of the driver. But since it contains Gibabyte's cryptographic signature, the Windows operating system trusts it and allows it to run in the highly sensitive Windows Kernel region of the OS without question.

With the benign but buggy driver installed, RobbinHood then exploited the vulnerability to gain the ability to read and write to virtually any memory region chosen by the attacker. The RobbinHood exploit changed a single byte to disable the Windows requirement that drivers be signed. With that, RobbinHood installed its own unsigned driver that used its highly privileged kernel access to kill processes and files belonging to endpoint security products. The advanced status of the driver gave it greater ability than other techniques to ensure the targeted processes are permanently stopped.

There are other Windows-trusted drivers with known vulnerabilities that could be used the same way Gigabyte's driver. These include signed drivers from VirtualBox, Novell, CPU-Z, and ASUS. While the Gigabyte driver may be the first known instance of this type of hack, it very well may not be the last, and points to a need for Microsoft to re-asses the way their certificate revocation procedures.

Something — or someone — has its deep-space music on repeat.

According to a draft research paper from the astronomers who are analyzing it, a mysterious radio signal from space that was first detected in Canada appears to repeat at regular 16-day intervals.

The unusual signal, which has been traced back to a spiral galaxy roughly 500 million light-years from Earth, is known as a fast radio burst (FRB). It has been fascinating astronomers since Canada’s CHIME telescope first detected it in 2018. Scientists have discovered hundreds of seemingly random, one-off FRBs over the last decade, but only a handful of them have been found to repeat.

This particular signal is not only repeating, but it appears to be sent out at regular intervals.

The signal starts every 16.35 days, lasts for four days and then falls silent for 12 days before starting up again, according to the paper. The number of bursts within each four-day blast varied each time, according to 409 days’ worth of data compiled by CHIME.

The study authors say in their abstract, "Our results suggest a mechanism for periodic modulation … and disfavour models invoking purely sporadic processes."

In other words, the signal is not repeating at random. They say the source might be flickering at regular intervals, or some other factor might be interrupting the signal blasts in a consistent pattern.

If confirmed, the discovery would be another first in the early study of FRBs, which have only been known to science for a relatively short period of time.

An ARM based NAS solution

Helios64 is a full-fledged Linux-powered NAS solution that offers built-in features you won’t find in any other product at this price point.

It supports up to 80TB of data storage in 5 hot-swappable drive bays, plus support for a single m.2 for applications that demand extra performance. For connectivity it uses the new Multi-Gigabit speed standard on dual LAN ports, which offers up to 2.5 Gb/sec throughput. The NAS uses an ARM 64-bit Hexacore SoC, features 4 GB of RAM and a 16 GB eMMC for the OS.

It's a NAS that basically behaves like a Linux computer. And because the Helios64 is open source, once it is released, we'll begin seeing distributions created specifically for this hardware.

The Helios64 was slated for release as early as next month, but with factory shutdowns due to Coronavirus, the first shipments will be delayed. An ETA update will be provided by the company once factory lines are allowed to re-open in China, but we estimate it to be late spring or early summer. Pre-orders are discounted to just $285 to the first 500 orders, and can be placed now at kobol.io. 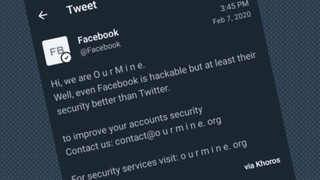 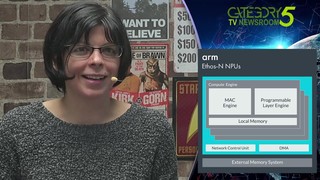 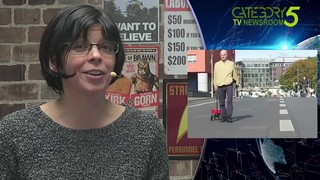 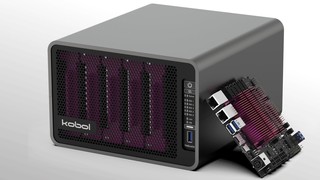 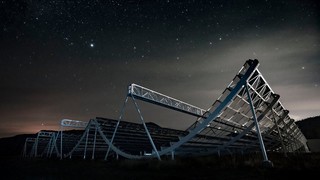 Astronomers Detect a Signal From Space ... And It's Repeating

Xbox Biggest Competitors are Not Nintendo or Sony 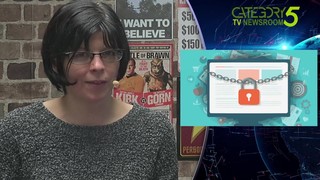 RobbinHood Ransomware Has Found a Way Around Windows Protections 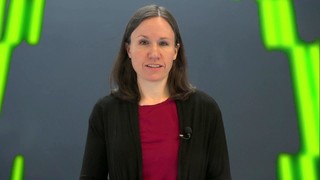 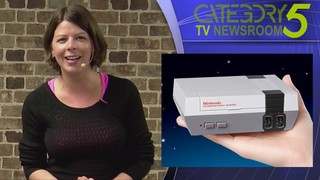 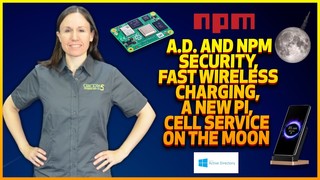 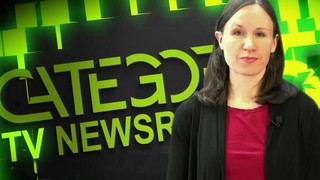