Here are the stories we're following for the week of Tuesday December 29, 2015

A variety of automakers have begun selling “semi-autonomous vehicles,” but you’ll have to wait probably five years to buy a fully autonomous one—the kind that can drive you everywhere while you read a book by the wheel. At least, that’s what many car companies are predicting.

Telsa Motors CEO Elon Musk, on the other hand, believes his company’s fully autonomous cars will arrive in just a few years. Regulations allowing them on the road could take between one to five years, depending on the jurisdiction, he predicts.

That’s yet another notch down in Musk’s ever-shortening timeline. In September he told Danish news site Borsen he expects the company to have self-driving vehicles ready in three years. And one year before that, the company released a statement projecting the technology would be completed in “five or six years.”

Musk might not be incorrect. In October his company became the first automaker to sell semi-autonomous vehicles commercially. But his competitors are being more conservative in their predictions.

Ford CEO Mark Fields told Forbes in June that he expects “someone” to make fully autonomous cars ready for consumer purchase “within the next five years,” but declined to say that Ford would hit that deadline.

Japan’s Nissan has pegged 2020 as the year it hopes to release self-driving cars to the masses, as has Toyota. Audi has estimated it will be ready to churn out fully autonomous vehicles by 2025.

It’s possible that the exact dates are irrelevant—car companies must do more than simply build the technology behind fully autonomous driving. They also need to work with governments to set regulations, and figure out how to get the vehicles into consumers’ garages.

Even if Tesla releases the perfect self-driving car before its competitors do, that doesn’t mean its vehicles will outsell others. The self-driving car might be closer than it appears, but its popularization remains distant.

An analysis of North Korea's computer system has revealed an underlying spy architecture to both monitor and manipulate files.

Red Star OS was designed to superficially mimic Apple's OS X, but hidden features allow it to watermark files and tie them to an individual.

The covert tools were discovered by two German researchers who conducted the analysis over the past month.

They presented their findings at the Chaos Communication Congress on Sunday.

The researchers pored over the code of Red Star OS version 3.0, which first surfaced online about a year ago.

The system's coders "did a pretty good job" of mimicking the basic design and functionality of Apple computers, but with a twist.

Any files uploaded to the system via a USB stick or other storage device can be watermarked, allowing the state to trace the journey of that file from machine to machine. Red Star can also identify undesirable files and delete them without permission.

Red Star was built using Linux, a free and open-source platform which can be modified at will, and was designed that way to make it as accessible as possible. There is an inherent irony in North Korea's use of the system, says one of the researchers.

"They are using a system that was built to promote free speech, and they are abusing it by watermarking free speech".

A Ukrainian startup says they've solved long-range wireless charging with their new technology, which is loosely based on how the old Crystal Radios worked.

A Ukrainian startup says they've solved long-range wireless charging with their new technology, which is loosely based on how the old Crystal Radios worked.

Wireless chargers using standards like Chee - spelled "Qi"--which is a Chinese word for 'natural energy'--have been on the market for a while; IKEA even includes them in some of its furniture these days. But if you think about it, there's not that much difference between wired and wireless charging of this kind. After all, the charger still needs to be plugged into a wall socket, and you still need to leave the phone in a designated place to charge.

What would be a significant improvement, however, is charging a smartphone just by hanging around in the same room as a wireless charger.

XE, a Ukrainian startup working in semi-stealth mode since 2014, claims to have found a safe and reliable way to transfer electricity to a device that's up to five meters (16ft) away. The commercial version of the technology will consist of a base charging station of about 15×15×40cm and a 3mm thick smartphone case.

The project began as a curious thought in the brain of the startup's founder, Ivan Chuba: could a smartphone be powered like an old crystal radio?

The idea of a crystal radio is simple: with just a coil of copper wire, antenna, capacitor, crystal detector, and high-impedance earphones—and no additional power—you can listen to some radio stations, though the sound level is weak. What XE claims to have done is build an efficient combination of a transmitter and receiver so that the power passed along could be used to charge the buffer battery. XE's team of eight people based in Ukraine, Poland, and the UK has spent more than a year looking for the most efficient configuration for such a system.

"The main breakthrough we've achieved is the antenna," Chuba said. "On our working frequency, which is in the SW band, you'd normally need a large antenna to receive the signal and pass it on to the converter. We have built an antenna capable of doing this that can be housed in an iPhone 6/6S case."

The team is currently working on a new prototype that it can take to the SVOD Europe conference in Dublin in January. From there, the prototype will be sent to a certification center in the UK in order to receive the necessary documents to start mass production.

Initially, XE will offer cases for iPhone 6 and 6S, but in the future the startup plans to widen the range. The idea is to license the technology to established case vendors.

A mysterious collector has opened the world’s largest private Apple exhibition in Prague.

A mysterious collector has opened the world’s largest private Apple exhibition in Prague.

Although the official Apple Store is yet to come to the capital of the Czech Republic, the city has recently seen the launch of the Apple Museum, which claims to host the largest private exhibition of its kind.

Housed in three buildings in Prague's old town, the museum has an extensive list of 472 exhibits on display—from nearly every Apple product ever built to Steve Jobs' business cards from his times at NeXT and Pixar.

Entry to the museum costs €11 (£8), with all proceeds "donated to charity purposes." In addition to the actual exhibition, a raw vegan restaurant called Steven's Food will soon open up, serving foods that were probably enjoyed by the Apple co-founder.

The museum's website calls Prague "the first city where you can see this unique exhibition," which could mean that the collection might be on the move at some point.

Apple doesn't have an official museum of its products, although there used to be one that Jobs closed soon after his return to the company in 1997.

US prisoners have been getting out of jail early thanks to a software bug that's been in place for 13 years.

US prisoners have been getting out of jail early thanks to a software bug that's been in place for 13 years.

More than 3,200 US prisoners have been released early because of a software glitch.

The bug miscalculated the sentence reductions prisoners in Washington state had received for good behaviour.

It was introduced in 2002 as part of an update that followed a court ruling about applying good behaviour credits.

Washington's governor Jay Inslee said at a press conference, "That this problem was allowed to continue for 13 years is deeply disappointing to me, totally unacceptable and, frankly, maddening".

State officials said that many released prisoners would have to return to jail to finish their sentences.

On average, prisoners got out 49 days early, but one prisoner had his sentence cut by 600 days.

An update that applies the correct formula for calculating sentence cuts is due to be in place by January 7th. Until then the DoC has been ordered not to release any prisoner without checking manually that they should be released.

A botnet attack, powered by a vulnerability in Aethra modems, is hitting WordPress web sites.

A botnet attack, powered by a vulnerability in Aethra modems, is hitting WordPress web sites.

A botnet has been identified that is targeting WordPress websites with a password guessing attack.

In February of this year a security researcher at Voidsec noticed brute force attacks on his personal WordPress site and he noticed a pattern in the IP addresses attacking his site. They were mostly Italian internet service providers.

What he discovered is that the IP’s attacking his site were all devices. They were all Aethra modem/routers to be exact. By doing some further sleuthing he discovered that all the Aethra devices involved in the attack were using default login credentials.

The modems had obviously been hacked and the attacker had gained access through the default login. They had then installed malware on the modems that launched a brute force password guessing attack on WordPress sites.

The Aethra devices in question suffer from various Cross Site Scripting vulnerabilities, among other issues.

To protect your WordPress site, make sure you have a security tool such as WordFence monitoring and protecting your login system.

If you use a modem which may be suspect, make sure your firmware is patched to the latest version, and that you have configured strong login credentials on the modem. 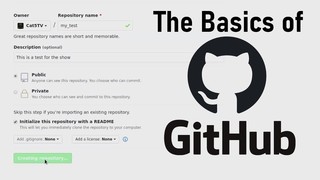 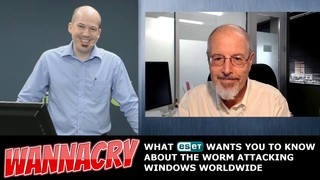