Here are the stories we're following for the week of Tuesday February 2, 2016

The first node in the network is a telecommunications satellite that was launched from Kazakhstan. It will use a laser to gather pictures of the planet taken by other spacecraft and then relay them to the ground.

One benefit will be to put information on natural disasters, such as flooding and earthquakes, into the hands of emergency responders far faster than has previously been possible.

Currently, it can take hours to get the pictures taken by Earth observation satellites down on the ground. Part of the reason is that spacecraft can only transmit their images when they pass over a receiving dish, and they will have visibility of this antenna for just 10 minutes in most cases during every 90-minute tour around the globe.

The European Space Agency's answer is to fire the pictures upwards instead, via laser, to another satellite much higher in the sky that has a constant view of the ground station.

The agency recently put up two Earth observers that are equipped with optical transmission equipment. These will now be able to offload their data through the new relay satellite, which is to be positioned 36,000km above the equator at 9 degrees East.

With a successful connection, data will move at a rate of up to 1.8Gbps.

Testing by Airbus Defence and Space shows it should be possible for the system to put pictures on the desks of the people who need them within 20 minutes of those images being acquired.

A Cambridge startup thinks they have the solution to bulk password theft.

A Cambridge startup thinks they have the solution to bulk password theft.

A British firm that claims to have come up with a solution to the issue of bulk password theft has announced £1m in funding to launch its product.

Silicon Safe has designed a special box - a piece of hardware which stores passwords separate to the network.

Last year there were high-profile hacks at firms including TalkTalk, Ashley Madison and Vtech which exposed millions of users' passwords.

The founders of Silicon Safe, Dr Will Harwood and Roger Gross, initially came up with the solution - dubbed Password Protect - as an academic exercise.

They quickly saw that there was commercial potential in their idea.

Software is prone to bugs and flaws so their first step was to design bespoke hardware - effectively hard-coding a chip - and making sure that it did not run an operating system or any other conventional software. This design, the founders claim, makes it impenetrable via conventional attack routes.

The box is designed to be secure and has only one purpose - to store passwords. It runs on 10,000 lines of code - far less than used for a back-end database where passwords are normally stored.

There is no conventional interface with the back-end systems although it does allow web servers to send login credentials to the system in order to authenticate passwords. It does not, at any point, reveal these passwords.

Dr Harwood admits that hackers able to gain access to the back-end database of organisations could interrogate the box, but he has built in a safety feature.

The Cambridge start-up remains confident in its solution and last year it launched a hacker challenge, inviting anyone to steal 100 unencrypted passwords from the system. To date, over 2.5 million attempts have been made, but none have been successful.

A meeting of EU data watchdogs is set to have wide-ranging ramifications for the way businesses handle data.

A meeting of EU data watchdogs is set to have wide-ranging ramifications for the way businesses handle data.

The EU forbids its citizens' personal data from being sent to places that don't guarantee "adequate" privacy protections.

In order to avoid this restriction bogging down transfers to the US, it was decided that American firms could self-certify that information sent to their data centres would be properly protected.

The pact made it relatively easy for companies to send personal information from Europe to data centres in the US for processing.

In light of information exposed by Edward Snowden, an Austrian privacy campaigner had asked Ireland's data regulator to audit what information Facebook might be sharing with the NSA.
It declined citing Safe Harbour, but the matter was referred up to the European Court of Justice.

Last October, that court invalidated the the decision to enable Safe Harbour.

Regulators need to decide how to act in light of this decision.

But their determination could affect tech giants including Google, Apple and Facebook - whose cloud services rely on such transfers - as well as thousands of smaller business who have outsourced payroll processing and other tasks to US-based organisations.

The data protection authorities are expected to make their views know tomorrow at the end of the two-day event which is already underway.

A driverless car projects in the UK has received a green light, and a bunch of cash.

A driverless car projects in the UK has received a green light, and a bunch of government money.

More than 40 miles of roads in Coventry will be equipped with technologies to aid autonomous vehicles, the government has announced.

It is one of eight projects aiming to develop driverless-car technologies that will receive a share of £20m, from the government's £100m Intelligent Mobility Fund.

Another will focus on driverless shuttles for the visually impaired.
Autonomous vehicles are already being tested in a number of areas.

Prof Paul Newman, from the University of Oxford co-founded driverless car research company Oxbotica, which will receive some of the new funding. He says, "It is part of the strategy that the UK is unfolding to support the future of transport."

The funding would support the testing and development of software for self-driving vehicles, Prof Newman said.

"It's all about vehicles knowing where they are and what is around them," he added. 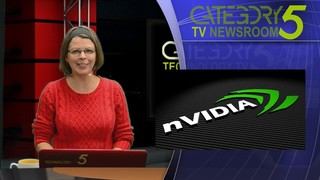 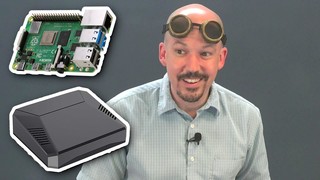 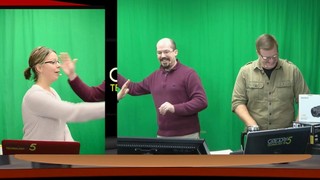