Here are the stories we're following for the week of Wednesday February 8, 2017

More than 150,000 web-connected printers were owned by a self-proclaimed "novice coder" over the weekend.

A hacker has briefly hijacked more than 150,000 printers. The attacker made the devices print a warning urging their owners to cut off remote access.

Large printers in offices, domestic devices and tiny receipt printers in restaurants were all caught up in the hack.

Over the weekend, a hacker using the alias Stackoverflowin ran an automated program that scoured the internet for printers that did not have basic security controls switched on.

Once it discovered a vulnerable device, the program made them print a page announcing the invasion and telling the owner to close the "port" used to hijack it.

The message read in part, "For the love of God, please close this port, skid [script kiddie, ie novice coder]"

Also included were an email address and a Twitter handle for Stackoverflowin.

Many people posted pictures of the printed messages to social media and asked questions about what was happening on technical support forums and social networks such as Reddit.

Printers made by HP, Brother, Epson, Canon, Lexmark, Minolta and many others were hit by Stackoverflowin's program.

The hacker said he did not intend to abuse the access he had gained to the printers. He said, "I'm about helping people to fix their problem, but having a bit of fun at the same time. Everyone's been cool about it and thanked me to be honest."

A hack attack against the dark web shut down a huge number of sites for containing child pornography.

Around 20 percent of all websites on the dark web were taken offline in a hack, with those responsible publishing details of the website administrators.

Freedom Hosting II, a site with 10,000 Tor-based webpages, was attacked after a hacker said child pornography was being hosted on the websites.

Dark web and privacy researcher Sarah Jamie Lewis conducted a review of Freedom Hosting II in October 2016 and said she believed there were 1,500 to 2,000 active sites being hosted.

"FHII made it easy for people to start playing with anonymous publishing - and in doing so created a huge vulnerability," Lewis tweeted. "I have never been a fan of dark web hosting providers. The threat model there for everyone is ridiculously hard to secure."

Troy Hunt from "Have I Been Pwned" said the details which were leaked following the attack on the Freedom Hosting II are likely to have been collected by police and intelligence agencies. He says, "Law enforcement will absolutely have this data, it's *very* public. It also obviously has many real email addresses in it".

AI has beat the most skilled Poker players in the world.

Libratus, an artificial intelligence, just beat the world's top poker players by a margin of $1.7 million. (Not real money, sadly for the scientists behind the AI.) "I thought we had a 50-50 shot, but to have such a huge victory, I would have never guessed," said Tuomas Sandholm, the professor at Carnegie Mellon behind Libratus.

"We have proven that the best AI is better than the best humans," he said.
This is the second time a system from his lab has won a poker world championship, and the first time in the most difficult "heads up / no limit" version of the imperfect information game.

Libratus is a system of systems designed to work with imperfect information in three steps. Step one is learning the game.

Noam Brown, a Ph.D grad student and researcher on the Libratus team says, "We give the AI a description of the game. We don't tell it how to play."

As Libratus computed game after game against itself in training, the program reinforced patterns that led to successful outcomes. In addition to its pattern recognition, the Carnegie Mellon team built a second system that focuses on the current game and runs potential end-game scenarios.

Finally, once a day, a third system reviews the day's play for predictable patterns.

Sandholm explains, "Based on what holes the opponent found in our strategy, the AI will automatically see which of those holes have been the biggest and the most frequently exploited. And then overnight on a supercomputer, it will compute patches to those pieces of the strategy, and they're automatically glued into the main strategy."

He predicts future AI will be business centric. "These are really for a host of applications, really any situation that can be modeled theoretically as a game. Now that we've shown that the best AI's ability to do strategic reasoning in an imperfect information setting has surpassed that of the best humans, there's really a strong reason for companies to start using this kind of AI."

One Super Bowl ad found its way into some viewers' homes during Sunday night's big game.

During the Super Bowl on Sunday, Google aired a one-minute ad promoting its Google Home smart home appliance. The ad shows people using the device to turn on lights, check the weather, translate phrases into Spanish, and more.

According to several Google Home users who took to Twitter during the game, it also activated Google Home devices sitting in rooms where people were watching the ad.

Google Home was released last year as a competitor to the Amazon Echo. And like the Echo, it's designed to be activated with a simple vocal command: "OK, Google." The ad on Sunday showed several people saying "OK, Google" to issue their commands. According to affected Google Home users, the statements in the commercial caused their devices to activate.

The Google Home ad is the latest to trigger smart home devices accidentally. Google should have seen it coming since Amazon's Echo device has been experiencing a similar issue, ordering products mentioned on TV.

More than 1,000 government computers in a US county have been infected by ransomware.

A county in Ohio, US, has had to shut down its entire IT infrastructure due to a ransomware infection.

Licking county has turned off all phones and computers on its government network in order to stop the spread of malware that had been locking down infected PCs and demanding payments.

Licking County Commissioner Tim Bubb would not disclose the amount of the ransom demand, nor if it would be paid. He said they are taking the advice of cyber-security experts and law enforcement.

The move was made Tuesday evening when officials found that more than one thousand county PCs had already been infected with the ransomware.

All county offices remain open for people walking in and doing business the old fashioned way using pen and paper forms, and the 911 call center and dispatch continues to operate in "manual mode." The county treasurer's office is unable to process checks, but is still accepting payments for property taxes.

Sean Grady, director of the Licking County Emergency Management Agency and Regional 911 Center, did not expect an immediate resolution of the problem. He said, "It's slower than we'd like. It takes us back 25 years in how we dispatch. We ask more detailed questions."

The outage is expected to continue through the week as county staff work to scrub the malware from the infected machines. The FBI has also been called in to assist.

Sent to us by: Bret Austen 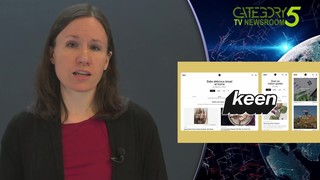 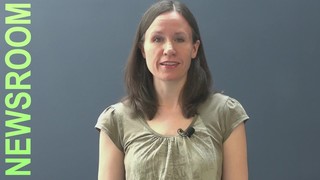 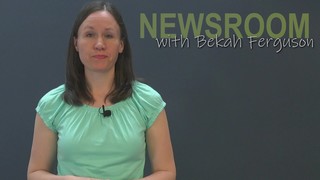