Here are the stories we're following for the week of Wednesday February 15, 2017

A tiny drone built to pollinate flowers has been built in Japan.

An engineer in Japan has built a 1.6-inch "pollinator-bot" and successfully tested it in his lab.

The drone's creator "has armed it with paintbrush hairs that are covered in a special gel sticky enough to pick pollen up, but not so sticky that it holds on to that pollen when it brushes up against something else."

They write that his experiments with the tiny drone "show that the drone can indeed carry pollen from flower to flower in the way an insect would -- though he has yet to confirm that seeds result from this pollination."

While flown by a human pilot, next he hopes to equip the drones with their own flower-recognizing technology.

Four experts discussed the drones, asking "Could a fleet of robo-pollinators replace, or at least supplement, the bees?" One said "There is no substitute for bees." Another pointed out that even if robo-bees are developed, some flowers will prove harder to pollinate than others. A third expert thought the technology could scale, though it would need to be mass-produced, and the engineers would need to develop a reusable pollen-collecting gel. But a fourth expert remained worried that it just couldn't scale without becoming too expensive. "I'm not sure that's going to be cheap enough to not make blueberries hundreds of dollars a pint."

Three of those experts also agreed that the best solution is just wild bees, because domesticated or not, "All they have to do is make sure to set aside enough land conducive to the bees' habitat."

An attacker compromised over 5,000 IoT devices on a campus network -- including vending machines and light sensors -- and then used them to attack that same network.

ZDNet confirms, "In this instance, all of the DNS requests were attempting to look up seafood restaurants," though the attack was eventually blocked by cybersecurity professionals. Verizon's managing principal of investigative response blames the problem on devices configured using default credentials -- and says it's only gong to get worse. "There's going to be so many of these things used by people with very limited understanding of what they are... There's going to be endless amounts of technology out there that people are going to easily be able to get access to."

The article suggests "ensuring that IoT devices are on a completely different network to the rest of the IT estate." But it ends by warning that "until IoT manufacturers bother to properly secure their devices -- and the organizations which deploy them learn to properly manage them -- DDoS attacks by IoT botnets are going to remain a huge threat."

A group of researchers have developed a new kind of human-machine interface that detects individual neuron signals for use in controlling artificial limbs.

The group’s findings, published on February 6th in the journal Nature, were reached using a virtual prosthetic rather than a physical device. But the authors say their neuro-electric interface could greatly improve on existing prosthetic control methods, and gave six subjects who had lost arms “intuitive control of multiple degrees of freedom.”

Current prosthetics mostly rely on signals from a user’s muscles, sometimes after reconnecting them to nerves from their missing limbs. But, according to the new paper, that method generates relatively imprecise data.

In the new study, researchers still used muscles as a sort of amplifier, reading their signals with implanted electromyographic sensors. But they filtered the ‘noise’ of muscle activation, giving more direct readings of neuron signals. Then they mapped the nerve signals that would normally control particular motions and used them as inputs for the virtual prosthetic.

This gave test subjects much more accurate and precise control. By one metric, they got an average of 97% signal accuracy compared to between 70% and 85% for existing methods. In addition to enhanced motion accuracy, the use of decoded neural information generally showed more accurate measurement of the force of subjects’ intended movements.While there is some advanced work on myoelectric sensors that can control prosthetics without being surgically implanted, this new method could offer benefits that outweigh the inconvenience of surgery.

The next step for the team will be to demonstrate its effectiveness with a physical prosthesis.

Have a Visio TV? It's spying on you.

Vizio, one of the world's biggest makers of Smart TVs, is paying $2.2 million to settle charges that it collected viewing habits from 11 million devices without the knowledge or consent of the people watching them.

According to a complaint filed Monday by the US Federal Trade Commission, Internet-connected TVs from Vizio contained ACR—short for automated content recognition—software. Without asking for permission, the ACR code captured second-by-second information about the video the TVs displayed. The software collected other personal information and transmitted it, along with the viewing data, to servers controlled by the manufacturer. Vizio then sold the data to unnamed third-parties for purposes of audience measurement, analysis, and tracking.

The tracking started in February 2014 on both new TVs and previously sold devices that didn't originally ship with ACR software installed. The software periodically appended IP addresses to the collected data and also made it possible for more detailed personal information—including age, sex, income, marital status, household size, education level, home ownership, and home values—to be associated. The collection occurred under a setting that was described as a "Smart Interactivity" feature that "enables program offers and suggestions." The menu never informed users that the feature also transmitted viewing habits or other personal information.

In addition, security researchers had previously found that Vizio TVs failed to properly validate the HTTPS certificates of servers they connected to when transmitting viewing-habit data. That made it trivial for anyone who had the ability to monitor and control the Internet traffic passing between the TV and the Vizio servers to impersonate the servers and view or tamper with the transmitted data.

Under the terms of the settlement, Vizio will pay $1.5 million to the FTC and $700,000 to the New Jersey Division of Consumer affairs. The settlement also requires Vizio to delete all data collected before March 1, 2016.

A passenger-carrying drone is ready to fly in Dubai

Dubai is about to have a passenger-carrying drone regularly buzzing through the skyline of this futuristic city-state.

The arrival of the Chinese-made EHang 184 — which already has had its flying debut over Dubai's iconic, sail-shaped skyscraper hotel — comes as the city has partnered with several cutting-edge technology companies to introduce futuristic transportation, including a Hyperloop; Elon Musk's floating pod that travels at speeds up to 1,220 km/h.

The question is whether EHang 184 passenger drone will really take off as a transportation alternative in this car-clogged city already home to the world's longest driverless metro line.

The head of Dubai's Roads & Transportation Agency said in speaking about the drone, "This is not only a model. We have actually experimented with this vehicle flying in Dubai's skies."

The craft can carry a passenger weighing up to 220 pounds and a small suitcase. After strapping into its race-car-style seat, the craft's sole passenger selects a destination on a touch-screen in front of the seat and the drone flies there autonomously.

The drone, which has a battery allowing for a half-hour flight time and a range of up to 50 kilometers, will be monitored remotely by a control room on the ground. It has a top speed of 160 km/h, but authorities say it will be operated typically at 100 km/h.

The drone has been examined by the Dubai Civil Aviation Authority who revealed it was controlled through 4G mobile internet. It is poised to begin regular operations in July.

Sent to us by: Rachel Xu 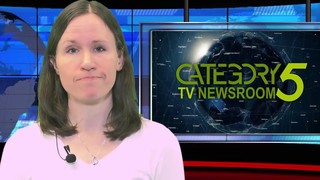 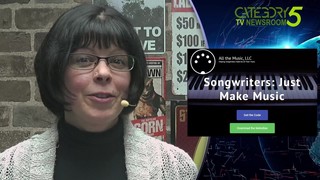 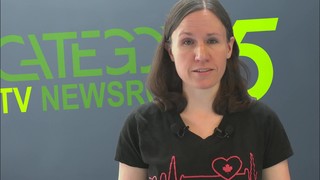 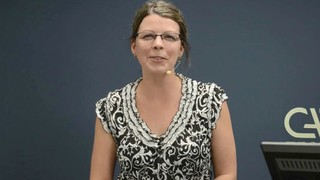