Here are the stories we're following for the week of Wednesday May 10, 2017

Based on a new proposal, drone pilots in the EU now have to register for all drones over 9 ounces.

The European Aviation Safety Agency is proposing rules on the use of small drones that would include a requirement for operators of all but the smallest devices to register with authorities.

The European Union's civil aviation agency said Friday that its proposal would allow member countries the flexibility to define areas where drones are prohibited or where some requirements are relaxed.

Operators of drones — except those lighter than 250 grams — would be obliged to register with authorities. The proposal also sets out technical and operational requirements for the unmanned aircraft.

EASA says it plans to submit a final plan to the EU's executive Commission at the end of this year after receiving feedback on its proposal.

Another use for 3D printers at home as a University student prints his way to a better smile.

An undergraduate at New Jersey Institute of Technology made his own plastic braces using a 3D printer, $60 of materials, and a healthy dose of ingenuity — and they actually worked.

Amos Dudley had braces in middle school, but he didn't wear a retainer like he was supposed to, so his teeth slowly shifted back.

He didn't want to shell out thousands of dollars for a whole new round of braces, so the digital-design major decided to make his own.

On his blog, Dudley wrote that he was an unlikely combination of two things: He was broke, but had access to a high-quality 3D printer through his university. He took full advantage of this.

The process wasn't exactly easy. He had to research orthodontic procedures and plot the route of his successive braces, so his teeth would move in the right way. But once that was done, all it took was fabricating a series of models out of relatively inexpensive plastic, and then following through on wearing them.

And it was worth it for Dudley, whose smile turned out looking remarkable.

With this week's episode of Doctor Who, you’re going to need headphones to take in the full spectacle. “Knock Knock,” Season 10’s fourth episode, will be a brief slide into the horror genre, helped along by binaural— “3D sound” — technology.

As Radio Times reported, this week’s episode of Doctor Who, “Knock Knock,” will feature the show’s first-ever 3D sound experience with the help of binaural recording and the BBC iPlayer.

Binaural recording is a method of audio recording, using two microphones instead of one, which gives the listener the sensation of actually being in the room with the characters. It’s similar to the technology used in IMAX theaters and at-home 3D stereo systems. So, the first knock on-screen might sound like it’s to your left while the one right after might switch to sounding like it’s behind you. It’s a technique guaranteed to send shivers up your spine when used in the horror genre, and that’s exactly what the fourth episode seems to be aiming for.

The binaural edition won’t air on television, but it seems likely that it’ll be available for purchase on iTunes at a later date.

An amazing step in bionic hands has been announced.

A bionic hand that "sees" objects and instantly decides what kind of grip to adopt has been developed by scientists.

A computer uses a camera to assess an object's shape and size to then trigger the correct movement to pick it up.

The technology was developed at Newcastle University and has been trialled by a small number of amputees.

Dr Kianoush Nazarpour, a senior lecturer in biomedical engineering at the university, said the bionic hand can "respond automatically".

The device could spark a new generation of prosthetic limbs giving the wearer the ability to grip objects without the use of their brain, researchers say.
Dr Nazarpour said: "Prosthetic limbs have changed very little in the past 100 years. Responsiveness has been one of the main barriers to artificial limbs."

The hand to reacts within milliseconds and performs four different "grasps" suitable for picking up a cup, holding a TV controller, and gripping objects with a thumb and two fingers or a pinched thumb and first finger.

A new camera developed in Sweden is faster than any photography gear on the planet.

A new camera developed in Sweden is faster than any photography gear on the planet.

Researchers at Sweden's Lund University built a crazy-fast camera that can capture a staggering five trillion frames per second, or events as short as 0.2 trillionths of one second. At that speed, it is able to capture video of light in flight.

With the new high-speed film camera, the researchers plan to film rapid processes in chemistry, biology, and physics that are otherwise impossible to capture in photos or videos.

The folks responsible for the development are currently shooting video and will be releasing several samples this fall. 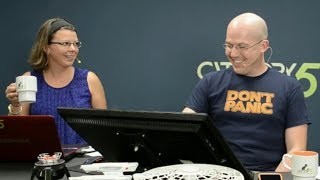 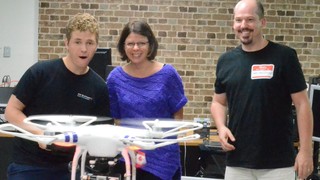 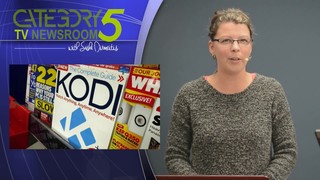 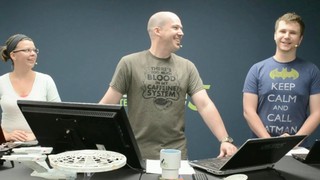