Here are the stories we're following for the week of Wednesday August 9, 2017

From the irony files, the security researcher who found the kill switch for WannaCry has now been arrested for creating an unrelated malware.

Remember ‘Marcus Hutchins’ - the security researcher who single-handedly found and used the WannaCry kill switch? Well, he has now been arrested and charged with unrelated malware offences in the U.S.

Not so long ago, Marcus Hutchins, a 23-year-old British security researcher with the blog name “MalwareTech” became an ‘accidental hero’ when he discovered an effective kill switch to stop the biggest unprecedented WannaCry ransomware attack that had crippled thousands of computers. The ransomware spread to more than 300,000 computers across 150 countries around the world in May 2017.

However, this saviour was arrested last Wednesday at the Black Hat and Def Con cyber-security conference as part of an FBI investigation for his alleged involvement in an unrelated malware attack much before his WannaCry heroics.

According to an indictment released by the U.S. Department of Justice, Hutchins faces six counts of helping to create, spread and maintain the banking Trojan Kronos between 2014 and 2015. The indictment alleged that Hutchins “created the Kronos malware” and the other person, who was not named, later sold it for $2,000 online. The malware had been configured to access username and password information on banking websites and was used in Canada, Germany, Poland, France, the UK, and other countries.

The UK’s National Cyber Security Center said that “We are aware of the situation. This is a law enforcement matter and it would be inappropriate to comment further.”

Digital rights group the Electronic Frontier Foundation said it was "deeply concerned" with his arrest, whilst Naomi Colvin, from civil liberties campaign group Courage, said Mr Hutchins "did the world an enormous service" when he stopped the WannaCry attack.

IBM scientists have set a new world record, storing 330TB of uncompressed data in one tape.

Scientists at IBM Research have created a new world record for storing over 330TB of uncompressed data on a single tape cartridge that can easily fit into the palm of a person’s hand.

This storage capacity is more than the world’s biggest hard drives.

The record set by IBM in collaboration with Sony Storage Media Solutions can support data storage densities of 201 GB per square inch which is more than 20 times the density of commercial tape drives that hold data between 5 GB and 7 GB per square inch. The researchers showcased this feat at the 28th Magnetic Recording Conference in Japan.

The achievement by IBM comes as good news for cloud services providers who need to back up and store ever-expanding volumes of information from big data applications ranging to scientific research to security and surveillance videos all the time.

In order to develop the new tape-based storage prototype and to achieve the 201GB per square inch, IBM researchers had to develop several new technologies.

IBM exploratory tape scientist Mark Lantz said, “This really demonstrates the potential to continue scaling tape technology basically at historical rates of doubling the cartridge capacity every two years for at least the next 10 years. That’s really good news for our customers that could rely on tape technology. It’s kind of an integral part of their storage infrastructure to really preserve their data in a cost-effective manner”.

Wayland has been Confirmed as the Default Display Server for Ubuntu 17.10

Although always the ultimate plan, Ubuntu devs expressed doubts about making the switch to Wayland last month, with Will Cooke, Ubuntu's desktop team leader saying he felt “Wayland isn’t ready yet”. But several weeks later, after a lot of testing, a decision is now in place: Ubuntu 17.10 will ship with Wayland as the default session.

If you’re a NVIDIA user, a big gamer, or happen to be using hardware that this next-gen display server tech doesn’t yet play nice with, do not panic. Although Wayland will be default it isn’t compulsory.

Ubuntu will still have an X session available out of the box, ready to roll, a click or two away.

And that should come as a huge relief for the majority those who feel Wayland doesn’t currently work well enough to be a daily driver.

Have you tried Ubuntu on Wayland yet? What’s your experience been like? Let us know by sharing your comments below.

Canadian ISPs don't mess around: an entrepreneur accused of piracy for his Kodi add-on web site has been grilled in his home for hours - and not by the cops but by pushy company reps for cable TV and ISP companies.

If you thought American or British copyright fights were petty, consider the case of Canadian Adam Lackman – who had a bailiff, lawyers, and computer experts burst into his home, seize his gear, and grill him for hours.

Typically, you install Kodi on a little gadget that plugs into your TV so you can watch stuff from files or streamed over the internet. People install addons, such as those indexed by TVAddons, to scrape video from places like BBC's iPlayer and ESPN and show them on their televisions.

Broadcasters and commercial content creators love to hate Kodi and its unofficial addons because the software can be used by viewers to bypass DRM and region locks to stream and pirate stuff they shouldn't. There's an ongoing battle against equipment makers that help folks rip off material online, and Kodi is often at the center of it.

The case against Lackman rests on claims that 23 of the more than 1,500 addons listed on his site can be used for copyright infringement.

Amid a civil court battle brought against him by Canadian cable giants, lawyers and IT experts on behalf the TV-and-broadband companies, his home was invaded in a move later ruled unlawful.

First, a lawsuit was filed by Bell, Rogers and Vidéotron against the TVaddons creator, alleging copyright infringement. They then obtained a court order which allows a plaintiff to enter a premises to preserve evidence in a civil case.

After getting the order, a bailiff, two computer technicians, an independent counsel to oversee the order's execution, and a lawyer representing Bell, Rogers and Vidéotron, knocked on the door of Lackman's home and began questioning him. Sixteen hours later they were still there, and had subjected Lackman to many hours of grilling.

Lackman says, "At this point, there is no choice but to fight." At this point he is already $100,000 in the hole for legal fees, and he still can't get his computer equipment and phones back just yet because even though the courts have since ruled in his favor, the plaintiffs have filed an appeal.

Lackman set up an Indiegogo page to tell his side of the story and fund his defense against the telecoms giants. More than $25,000 US has been raised so far. In the meantime, Lackman has resurrected the TVAddons website.

The US Army has banned DJI drones over security concerns.

The U.S. Army has ordered its members to stop using drones made by Chinese manufacturer SZ DJI Technology Co Ltd because of "cyber vulnerabilities" in the products.

An Army memo posted and verified last week forbids the use of all DJI drones and even systems that use DJI components or software. It requires service members to "cease all use, uninstall all DJI applications, remove all batteries/storage media and secure equipment for follow-on direction."

The memo says DJI drones are the most widely used by the Army among off-the-shelf equipment of that type.

DJI said in a statement that it was "surprised and disappointed" at the Army's "unprompted restriction on DJI drones as we were not consulted during their decision."

The privately held company said it would contact the Army to determine what it means by "cyber vulnerabilities" and was willing to work with the Pentagon to address concerns.

The move appears to follow studies conducted by the Army Research Laboratory and the Navy that said there were risks and vulnerabilities in DJI products.

The memo cites a classified Army Research Laboratory report and a Navy memo, both from May as references for the order to cease use of DJI drones and related equipment. 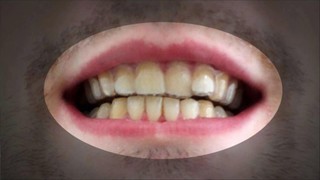 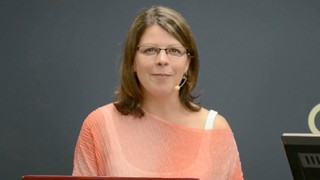 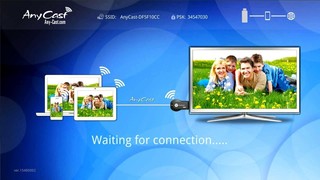