Here are the stories we're following for the week of Wednesday November 29, 2017

A hard drive has been stolen from an exclusive club containing the personal details of members such as Steven Fry and Lord Rees.

Members of an exclusive club that is restricted to selected graduates of Oxford and Cambridge universities are being warned that computer data containing their personal details is feared stolen.

The club believes a "back-up" hard drive has been taken from a locked room inside its London headquarters.

The information stored on it is said to include names, home addresses, phone numbers and some bank details.

The 5,000 members include celebrities such as Stephen Fry.

Both the police and the members have been notified, and private investigators hired.

Although the Duke of Edinburgh and Prince of Wales are honorary members of the club, data about them has not been exposed, according to the Telegraph.
However, it did add that Lord Rees—one of the country's leading astrophysicists—is among those thought to be affected.

The UK's Information Commissioner's Office says that companies need to protect their patrons' data, suggesting the use of encryption as well as ensuring that quality doors and locks are used.

The US government is funding mind control chip research.

The Pentagon's “Defense Advanced Research Projects Agency” (DARPA) is funding researchers who are working on some kind of "mind control" chips that can be inserted into human brains to fix mood disorders.

The researchers from the University of California and Massachusetts General Hospital (MGH) in Boston have reportedly begun testing "closed-loop" brain implants. These neural implants use artificial intelligence algorithms to detect various mood disorders, and to deliver electric shocks to jolt a person's brain back to a healthy state.

The implants, which generate electrical pulses to control human feelings and behaviour, can stimulate the brain to treat mental disorders, including dementia and Alzheimer's. Experts also believe that the chips can be beneficial to patients with a whole range of health issues, like Parkinson's disease and chronic depression.

The chips have already been tested on six volunteers who have epilepsy, and have electrodes implanted in their brains to help researchers track what is happening inside their brains throughout the day.

As part of their trial, the researchers tracked the volunteers' brain activity and moods in detail over the course of one to three weeks; and eventually created an algorithm to "decode" these changing moods.

Further analysis helped the researchers discover that delivering shocks to areas of the brain that involve decision-making and emotions can significantly improve the participants' performance in set tasks; such as matching images of numbers or identifying emotions on faces.

The group is currently working with neuroethicists to address the moral implications of the project.

Getting a drone for Christmas? If you're in the UK you may have to consider new legislation coming this spring.

Thinking of getting a drone for Christmas? Just a heads up: you may need to qualify to fly it in the UK under new legislation planned by the government.

Drones weighing more than 250g could also be banned from flying near airports, or above 400 ft, in a crackdown on unsafe flying.

Police will also be given new powers to seize and ground drones which may have been used in criminal activity.

The bill has been welcomed by the pilots' union, which has warned of near misses involving drones and aircraft, saying that there have been 81 incidents so far this year - up from 71 in 2016 and 29 in 2015.

The union's general secretary, Brian Strutton, said: "These proposals are a step towards the safe integration of drones, but until the new rules are in place the threat of a serious collision remains."

The proposed bill—to be published in the spring—would ensure that owners of drones weighing more than 250g would need to register and take a test.

Uber's driver and customer data has been compromized and they've paid hackers to try to cover it up.

The UK's information commissioner has "huge concerns about Uber's data policies and ethics" following a breach that exposed the details of 57 million customers and drivers.

Uber did not tell anyone about the breach and actually paid a ransom to hackers to delete the data.

The ride-sharing company does have a resource page for those who may be affected.

Deputy commissioner James Dipple-Johnson said the Information Commissioner's Officer would work with the National Cyber Security Centre to determine the scale of the breach and how it affected people in the UK, as well as considering the next steps that Uber needed to take to comply with its data protection obligations.

Next year, EU countries will radically alter data protection laws to offer consumers greater control over the data they share with companies.

Skype has been removed from app stores in China.

Skype's call and messaging service has been removed from app stores in China, including the Apple app store.

Apple says it is one of several apps to have been removed after the government said it does not comply with local law.

Skype owner Microsoft told the BBC the app had been "temporarily removed" and the company was "working to reinstate the app as soon as possible.”

The app is also no longer available for download on Android app stores in China.
Media reports suggest the disruption to Skype started in October.

Apple said in a statement: "We have been notified by the Ministry of Public Security that a number of voice-over internet-protocol apps do not comply with local law. Therefore these apps have been removed from the app store in China."

Skype, when downloaded from outside China's firewall, has been seen as a semi-secure way of discussing sensitive topics away from the eyes and ears of China's state security.

Skype is just the latest in a string of foreign owned digital and internet platforms—including Alphabet's Google, Facebook and Twitter—which are unavailable to Chinese users. 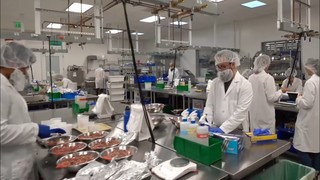 Looks and Tastes Like Pork but Made from Tech?! Impossible. / Tech News Stories ep. 638 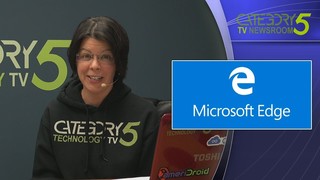 No Drones in US Gov, Google Buys FitBit, Edge in Linux, James Dean is Back / Tech News ep. 632 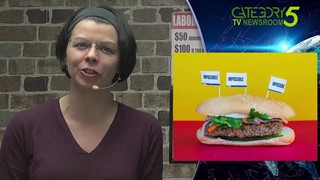 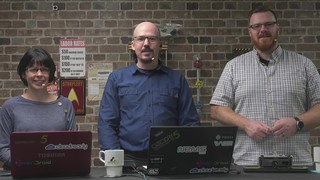