Here are the stories we're following for the week of Wednesday February 21, 2018

An IT worker who accidentally threw out a hard drive containing a small cache of bitcoin has lost over $100m because of the blunder.

An IT worker who accidentally threw out a hard drive containing a small cache of bitcoin, has so far lost over $100m because of the blunder.

We reported on this a number of years ago as well, but as Bitcoin continues to grow, the time has come to revisit this. The story dates back to 2013, when James Howells who had been mining cryptocurrency on his computer since 2009 (to solve complex mathematical problems and earn rewards), dismantled the device after spilling a drink on it.

He said, “After I had stopped mining, the laptop I had used was broken into parts and sold on eBay. However, I kept the hard drive in a drawer at home knowing it contained my Bitcoin private keys, so that if Bitcoin did become valuable one day I would still have the coins I had mined.”

He continued, “In mid-2013 during a clear-out, the hard drive–then worth a few hundred thousand pounds–was mistakenly thrown out and put into a general waste bin at my local landfill site, after which it was buried on site.”

While Howells has made several requests to the local council to dig up and salvage the hard drive at the site, he has yet to be granted permission to look for the missing treasure.

He says, “I haven’t actually tried to search for the hard drive yet as I haven’t been given permission to look despite having financial backing in place and engaging the local council a number of times.”

Howells who calls himself as a “Bitcoin Pioneer,” and “Bitcoin Cash Proponent” on Twitter, says that he will not give up on his search.

On December 2, 2017, he tweeted a diagram of a modern landfill with the bitter sweet caption: “Bitcoin cold storage vault.”

Investigations have been launched after a helicopter reportedly crashed when swerving to avoid a consumer drone.

Investigations have been launched after a helicopter reportedly crashed while swerving to avoid a consumer drone.

A trainee had been practising hovering about 50 feet above trees on Daniel Island, South Carolina. Seeing a quadcopter flying towards them, the instructor took control, but he clipped a tree with the tail rotor—causing the helicopter to crash to the ground and tip onto its side.

The drone is believed to have been a DJI Phantom.

DJI says that they are "trying to learn more about this incident and stand ready to assist investigators." They also added that they do provide owners with help to ensure they "steer clear" of traditional aircraft.

Industry groups representing large US airlines, pilots and air-traffic controllers have previously urged the US Federal Aviation Administration (which has also launched an investigation into the crash), to end exemptions that currently prevent it from regulating consumer drones.

A letter co-signed by the three organisations warns, "The likelihood that a drone will collide with an airline aircraft is increasing."

A Japanese company is planning to build the world's tallest wooden skyscraper in 2041 to mark its 350th anniversary.

A Japanese company is planning to build the world's tallest wooden skyscraper in 2041 to mark its 350th anniversary.

Sumitomo Forestry said 10% of the 70-storey W350 tower would be steel, combined with about 180,000 cubic metres of indigenous wood; enough to build about 8,000 homes, with trees and foliage on balconies at every level.

It said a "braced tube structure" (diagonal steel vibration-control braces at the centre of a 350 meter wood and steel column), would protect against Tokyo's regular earthquakes.

The projected cost of the building is about 600bn yen (more than 5 1/2 billion USD) – which is about twice the cost of a conventional skyscraper of the same size. But Sumitomo said it expected costs to fall before completion due to technological breakthroughs.

A block of student flats in Vancouver was currently the world's tallest wooden skyscraper at 53 metres. So this is about 300 meters taller than the current record holder.

The W350 tower would be used for offices, shops, hotels, and homes.

A mountain of sensitive FedEx customer data has been exposed.

Researchers said Thursday that passports, drivers licenses, and other sensitive documentation for thousands of FedEx customers were left online—possibly for years—in a blunder that left the information available to identity thieves and other malicious actors.

In all, Kromtech Security Center said, researchers found 119,000 scanned documents stored in a publicly available Amazon S3 bucket. The photo ID scans were accompanied by completed US Postal Service forms that included names, home addresses, and phone numbers of people who requested to have mail delivered by an authorized agent.

The IDs are from all over the world: Mexico, Canada, European Union countries, Saudi Arabia, Kuwait, Japan, Malaysia, China, Australia, and more.

The data was initially gathered by Bongo International, a company that helped North American retailers and brands sell online to consumers in other countries. FedEx acquired Bongo International in 2014 and eventually changed its name to FedEx Cross-Border International. FedEx shut down the service last April. The discovery of the customer IDs and other personal information suggests that not only was the information never properly secured to begin with, but FedEx officials failed to purge the data once the service was discontinued. Kromtech said the information may have been available since 2009.

People who used Bongo International or FedEx Cross-Border International should be on alert. The incident is yet another example of why people should avoid giving over personal information when possible.

Microsoft has back-ported its “Windows Defender Advanced Threat Protection” security toolkit from Windows 10, to Windows 7 and 8.1.

Are you still holding on to Windows 7? Well, good news—Microsoft has back-ported its “Windows Defender Advanced Threat Protection” security toolkit from Windows 10, to Windows 7 and 8.1.

The release will allow those holding out with older versions of the OS to get the exploit and malware-infection detection, prevention, and event reporting features offered by Windows 10.

For enterprises, the extension to Windows 7 and 8.1 will, more importantly, allow admins to bring their older machines under the same security management and administration tools they use for Windows 10 PCs.

This is where Microsoft is focusing its pitch: by adding ATP to Windows 7 and 8.1, Redmond hopes it will convince sysadmins to add those machines to the Windows Defender monitoring systems they use for Windows 10 devices—and, in the process, prod companies towards migrating the older PCs to Windows 10.

Microsoft noted that Windows 7 is still slated for retirement in January of 2020.

The software giant is also looking to extend ATP support for non-Windows devices by signing up another partner for its security push. SentinelOne will be adding ATP support to the “EndPoint Protection Platform” security tool it sells for Windows, Mac, Linux, and VDI. This means that administrators can set up SentinelOne to automatically pass alerts along to management consoles via ATP. 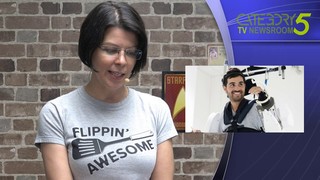 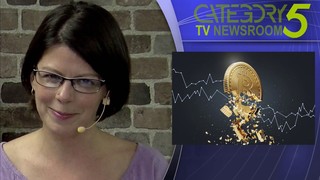