Here are the stories we're following for the week of Wednesday May 2, 2018

A true Linux smartphone will be available within the next year.

After raising more than $2 million last year to build a Linux-powered smartphone with a focus on privacy and open source software, Purism hopes to deliver the first “Librem 5” smartphones early next year.

The phone is expected to ship with an NXP i.MX8M 64-bit, ARM Cortex-A53 processor, and feature 3 gigabytes of RAM, 32 gigabytes of storage, a microSD card slot, a headphone jack, USB Type-C port, and front and back cameras . . . but it will also have physical kill switches that disconnect the camera, mic, broadband, and WiFi or Bluetooth (for security and privacy purposes) when you’re not using those features.

One of the biggest challenges is software: the phone won’t ship with Android or iOS. Instead, it will run free and open source Linux-based software, which doesn’t have a great track record with being phone friendly. But now Purism has announced that the Librem 5 will support at least three different operating systems and user interfaces at launch: PureOS, a version of PureOS with the KDE Plasma Mobile environment, and Ubuntu Touch.

PureOS is the company’s own Linux distribution, which the team is adapting to work on touchscreen devices with phone-sized screens. KDE Plasma Mobile is a mobile project from the team behind the KDE desktop environment for GNU/Linux.


Ubuntu Touch is the version of Ubuntu Linux that Canonical developed for phones and tablets, and then scrapped when the company decided to shift direction. But Ubuntu Touch is an open source project, so when Canonical stopped developing it, another team of developers calling themselves “UBports” decided to pick up the torch; continuing work on the operating system.

UBports and Purism are working together to ensure that Ubuntu Touch is fully supported on the phone and that future software updates remain compatible.

Out of the box the Librem 5 will ship with PureOS, featuring a GNOME-based desktop environment. Users will have the choice of installing KDE Plasma Mobile or Ubuntu Touch if they’d prefer to use one of those alternatives.

It's already happening: people are porting Linux to the Nintendo Switch.

Yes, it has already happened. We talked about the Tegra exploit last week, which is now in-the-wild . . . and already, a user has Ubuntu running on the Nintendo Switch.

Not every hardware hacker goes about things privately, and one such group has disclosed the Nintendo Switch exploit that allows anyone with the portable gaming device to load Linux on the Switch without much fuss.

The exploit in question, this time dubbed “ShofEL2,” was revealed by fail0verflow. In a blog post they explain that a “bug in the Boot ROM” of the Nvidia Tegra X1 processor can be used to take control over the entire boot process.

This they add is effectively like “a USB-based rescue mode intended for initial flashing of Tegra devices and recovery of bricked devices. Normally, RCM mode only allows signed images to be loaded, but thanks to the bug, that is not the case.

As neither Nintendo or Nvidia can “patch” the hole it means every single Nintendo Switch sold to date can be made to run Linux.

Fail0verflow released a fully open source Linux boot stack for the Switch based on Arch Linux.

Almost immediately, other Linux enthusiasts raced to get their favorite distros, desktops and tools running on the Switch as well.

And a user calling themselves "cmsj" has managed to squeeze the latest Ubuntu 18.04 release on to a Nintendo Switch. The volume rocker already works, as does the ambient light sensor, though they note it is very slow at this point. They plan to tweak things and hope to get it to a very usable state.

Ubuntu aside, it is still very early days for Linux on the Switch. Not all hardware functions properly. Not every Linux app is available on ARM processors and performance will vary from distro to distro.

The code to install Linux on your Nintendo Switch is already available on Github . . . though you'd have to be either very brave or possess a rather disposable income to want to take it on this early.

A company which specialises in delivery robots plans to expand its operations from two campuses to twenty by 2019 with a fleet of one thousand.

A company which specialises in delivery robots plans to expand its operations from two campuses to twenty by 2019 with a fleet of one thousand.

Starship Technologies is partnering with the Co-op in Milton Keynes to deliver groceries there.

It follows trials with Just Eat to deliver takeout in London, England.

One expert said he thinks it will be a long time before they become a regular sight on normal streets. The campuses are more of a proving ground for the robots.

The machines have a top speed of 10mph (16.1 km/h) and in busy areas are accompanied by a human minder.

The firm claims none has been stolen or vandalised, with 100,000 miles of delivery journeys completed so far.

Starship said the robots will be put to work in 20 university or work campuses across the UK, US and Germany.

They can travel up to three miles and are fitted with nine cameras, radar and GPS, and ultrasonic sensors for detecting obstacles.

Upon arrival, the recipient of the parcel receives a text message containing a link to unlock the robot.

The manufacturer says their robots can deliver around 200 of the most common grocery items.

A driver who moved into the passenger seat after putting his electric car into autopilot while at 40mph on a highway has been banned from driving.

A driver who moved into the passenger seat after putting his electric car into autopilot while at 40mph on a highway has been banned from driving.

A witness in another car filmed him sitting in the passenger seat of his Tesla S 60 on the M1 between junctions 8 and 9 near Hemel Hempstead.

Patel said he was the "unlucky one who got caught," the court was told.

The footage was posted on social media before it was reported to the police.

The court heard Patel had told officers what he had done was "silly" but that his car was capable of something "amazing" when he was interviewed at Stevenage Police Station. He added that he was the "unlucky one who got caught."

A statement provided by a Tesla engineer said the autopilot was intended to provide assistance to a "fully-attentive driver."

Patel was disqualified for 18 months and must do 100 hours of unpaid work, and was also fined to cover the costs of the court. 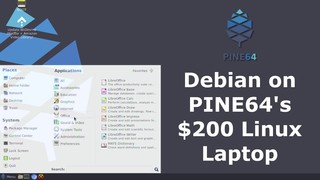 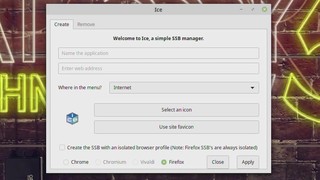 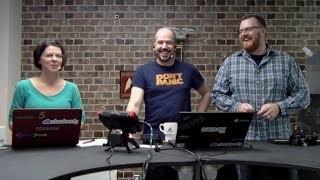 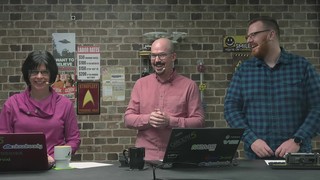