This week's show brings an eclectic mix of topics. We'll look at LED bulb replacements for traditional Halogen G9 bulbs, a cheaper alternative to the Fitbit for losing weight, and how to use the GIMP to make Jeff's kid fly.

This week I really hoped to get back into the Raspberry Pi feature. I fired it up a bit before the show in preparation, and immediately saw something was wrong. What I learned is, when we deployed the default Raspbian OS on our 16 GB card, it by default only created a filesystem of around 2 GB... and the process to extend that, while not overly complicated, is fairly onerous and could be a show all in itself. So here's the kicker... when we installed MariaDB a couple weeks back, the MicroSD card ran out of space (unbeknownst to me). So now, booting it up, I see some issues, and can't even uninstall MariaDB because there are 0 bytes free, and this corrupted the apt/dpkg configuration. We will circle back to this, but I'll fix the filesystem or re-install first (no need to redo those on-air).

So Jeff and I discussed what we could talk about to give you an interesting show despite our unexpected Pi hiccup, and the result is Episode 436.

First out the gate, we'll talk about a great evolution in LED light bulbs: LED replacements for standard G9 and G5 Halogen bulbs. We're talking about 30,000 hours of beautiful, clean light, and 90% more energy efficiency that the traditional halogen. An easy upgrade for any compatible lamp.

Jeff and I have both been working on losing weight. I've been doing pretty well just by disciplining myself to make life changes with regards to my diet... simply being mindful of the amount of food I eat. Jeff on the other hand claims he just doesn't have the self discipline to do the same, so he's tapped into a piece of tech to help him shed some weight: a cheap alternative to the Fitbit fitness tracker to help him lose weight in a healthy way. It's actually a lot more sophisticated than I imagined, and makes it super easy to keep track of your progress and plan for weight loss. Just wait till you hear how much weight he's lost in just under a month. It's amazing! Get your Garmin Vivofit here: http://amzn.to/1WNIg78

On Week 10 of our 20 Weeks of GIMP Tips series, we'll show you how to "make a kid fly." Jeff brought in a picture of him holding his kid up in the air in a field. We'll remove Jeff from the photo entirely, and make it look like his son is flying around the park like a TeenyDrone.

As a side note, I further patched the D5100 to support fullscreen 1080i output in keeping with our upgrade to a true 1920x1080 feed. We're still working out exactly how we're going to setup the cameras, but so far the upgrades have been going well (though it broke the framerate of MangleFox70's camera during #ThePixelShadow Episode 5 - which has since been fixed).

Hope you enjoy the show! 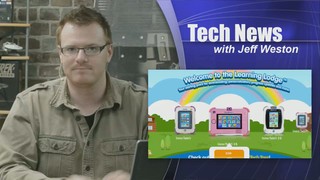 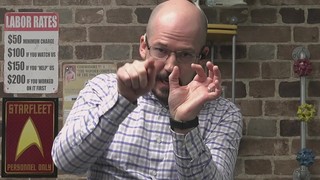 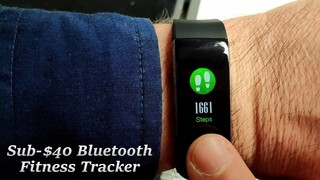 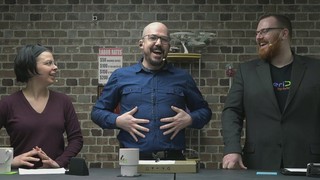 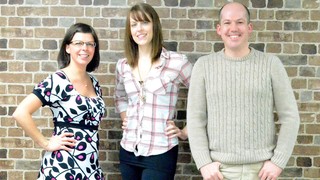