Now that we know how to create a Linux LVM, resize our LVM and create LVM snapshots, let's back up our system with the rdiff-backup tool.

This week it's time to learn to use rdiff-backup alongside the LVM Snapshots we learned about on Episode 456 to create an incredibly robust backup that allows you to go "back in time" with your Linux backups and uses differential backups so the only things being backed up are the actual bit-for-bit changes since the last backup. So a full backup of your 2TB array may only take 10 seconds and use 5MB of additional storage since your last backup.

On this week's episode I show you the basics of how rdiff-backup works, and write a helpful script to create an LVM snapshot, mount it, and back it up, and then unmount and remove the snapshot automatically. One thing to note is that I realized after the show I'd forgotten to include paths within the script (eg., /sbin/lvcreate rather than just lvcreate) so I've corrected that in the script, but it is not yet reflected in the video. I'll include that next week when we look at restoration. The reason paths have to be added is because cron won't know where to find the executables if you leave out the path. So while it runs fine when executed manually, cron will fail.

We also tapped into YouTube comments to answer a few of your questions and comments there, and looked at a cool new watch I picked up this week.

Shelly Desilva co-hosted this week. Jeff was scheduled for the news but had to take the night off due to surgery on his toes. We'll share more details next week when he returns as co-host.

I tried to create a nice teleprompter setup by reversing our camera screen and piping an HDMI output to it, and it worked fine, but I had trouble managing all the controls simultaneously, as you'll see. I think it will work out better once I've practiced it more, or someone else is operating the teleprompter so I can focus on cameras and images.

Following the show, I headed to a drive through to grab dinner, and when I pulled up to the window there were two young ladies working at the window and one said to the other, "See, I told you! It's the guy from TV." I laughed awkwardly (it's only the second time in 9 years I've been recognized locally) but they gave me free chicken, so I felt a wee bit "celebrity" - haha! I've finally elevated to the "free fried chicken" level of fame. :)

Hope you all are enjoying your week, and I thank you so much for continuing to support Category5. We love bringing this show to you each week, and we couldn't do it without your faithful support. 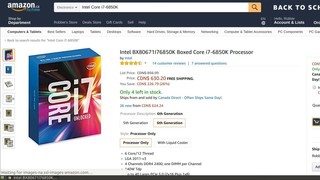 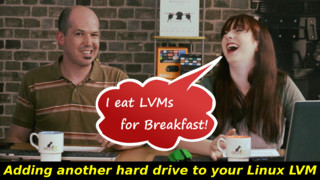 Adding Another Hard Drive to a Linux LVM / Tech ep. 458 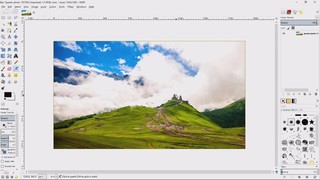